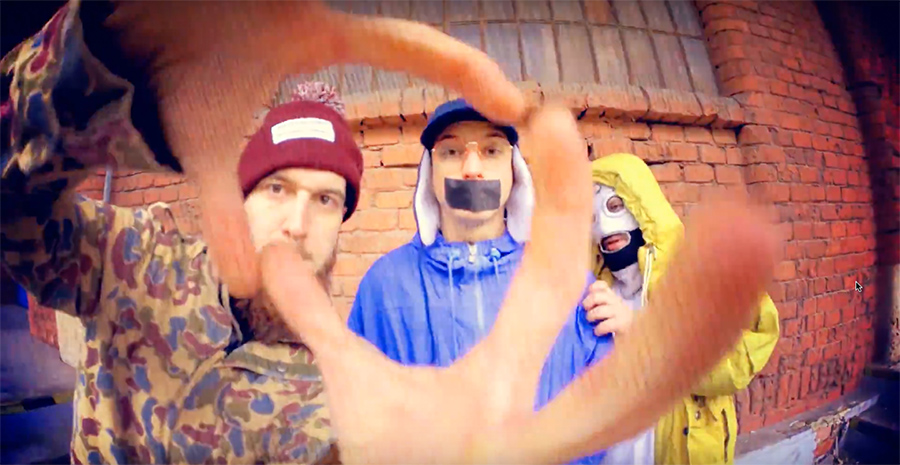 YES YES YO … a new video from upcoming EP of Emila and Prezident has been released. The duo is complemented by typically strict Tono Suchota from Gramo Rokaz. Pure love to true rap, pure love to fish eye, pure love to old videos of Bestie Boys and love to VHS! These led Štefan Kurilla to make a video for a song Boom Shaka Laka where you can find altogether. Postproduction was made by Mišo Ormoš.

In the beginning of 2017 the material will be released in digital form and also as a vinyl. Currently the cover graphic design is being made by Gaex.

Prezident recollects: “In the end of August, Hey Emil and I decided to make an album by the end of the year. We wanted to do it as intensively as possible so we could reflect in detail the mood, thoughts and feelings of those days and weeks. We called it EP as Emil and Prezident because we are self-centered. Well, the first featuring was done by Vec himself! The last master piece was a contribution by MC Gey, it was worthy to wait. Today we definitely know that we won’t be able to release it by the end of the year. In the end I think it is good because there are many people releasing their stuff for the Christmas market, so it would unnecessarily be contradicting.”

Beside the video, we are also bringing to your attention song called Sobota ráno, which was introduced on the compilation Ostrov hudby. We were proudly working on it with other labels. More in this article.