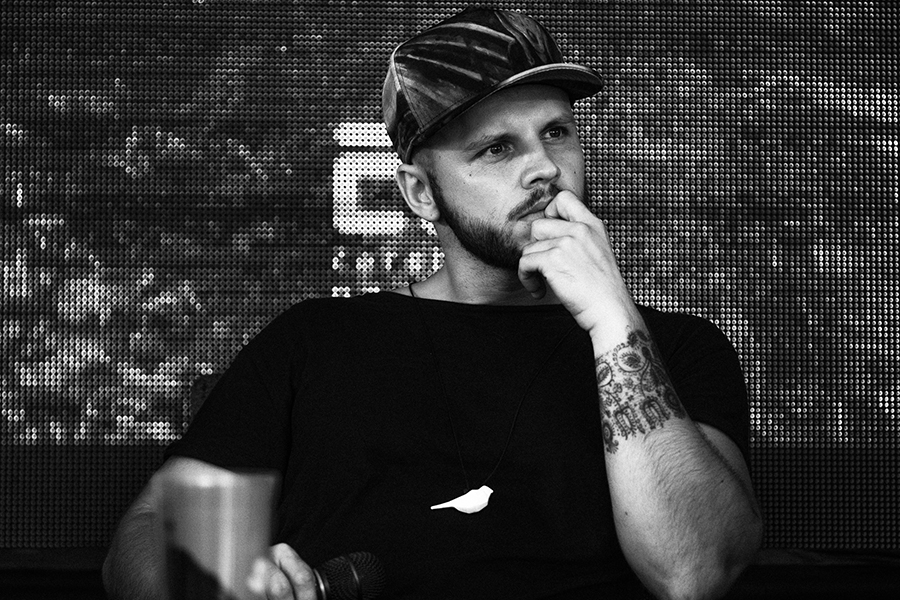 This debate about music has always had a friendly atmosphere. Saturday August 11th was no difference. It took place at Grape festival in Urban Market Zone. Thanks to financial support of Fond na podporu umenia (Fund for the art support), the presenter MtotheG invited 3 guests: Jureš Líška from band Fallgrapp, Pkrek and 3ck, who presented to the audience scratch technique and its brief history.

Photos thanks to: Michal Babinčák 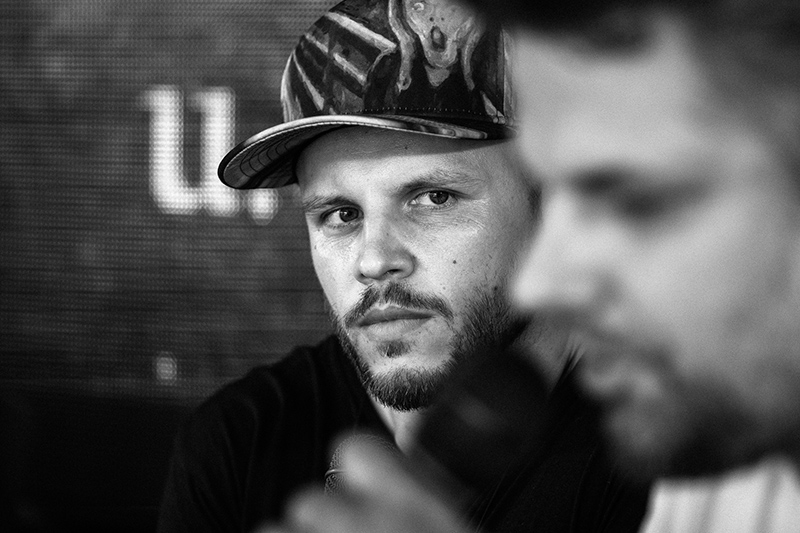 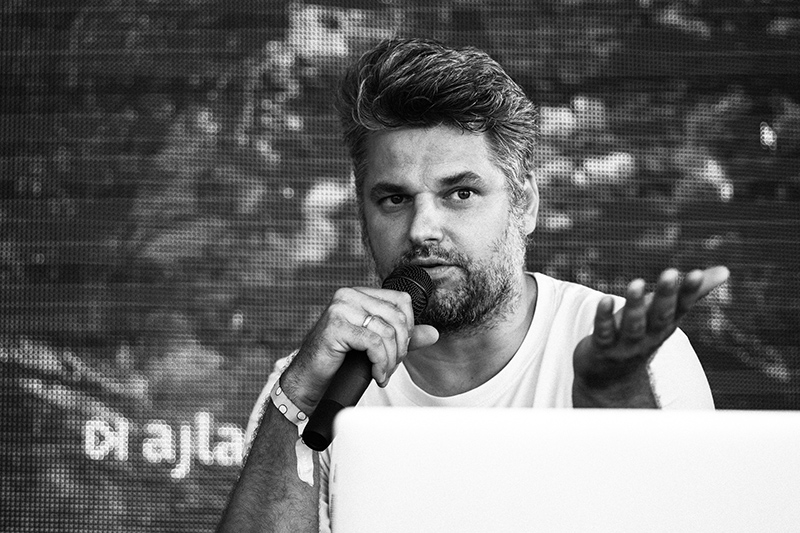 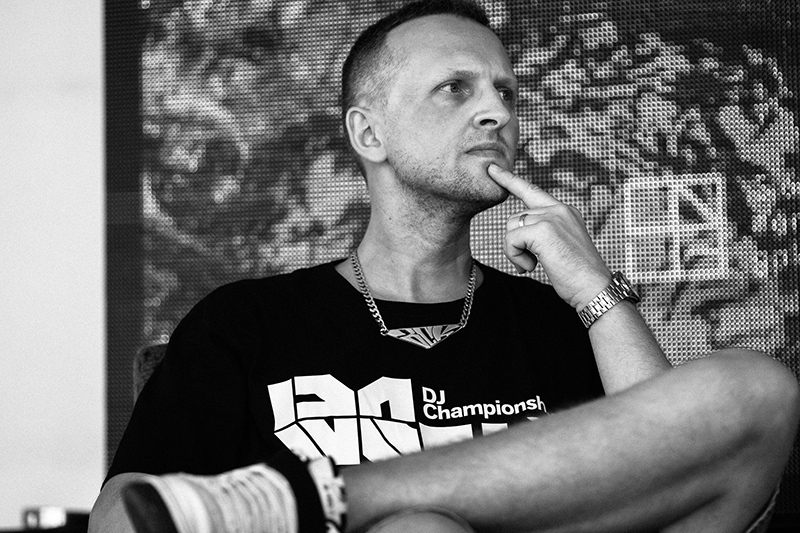 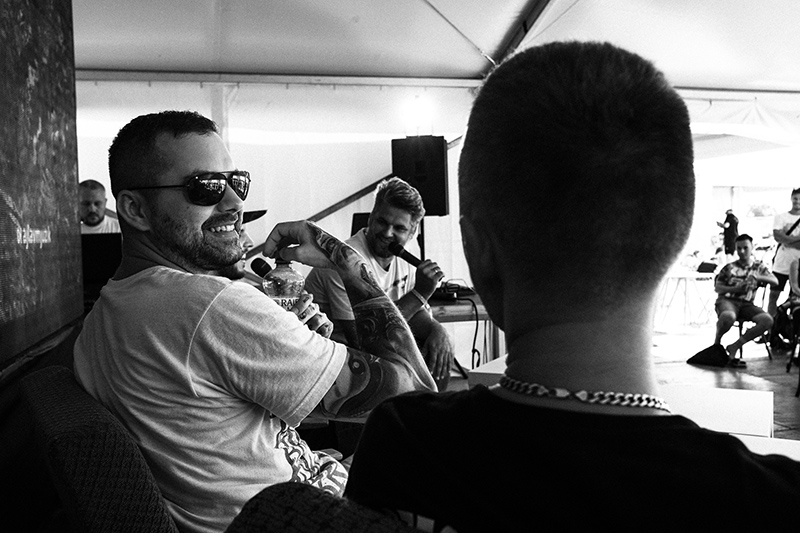 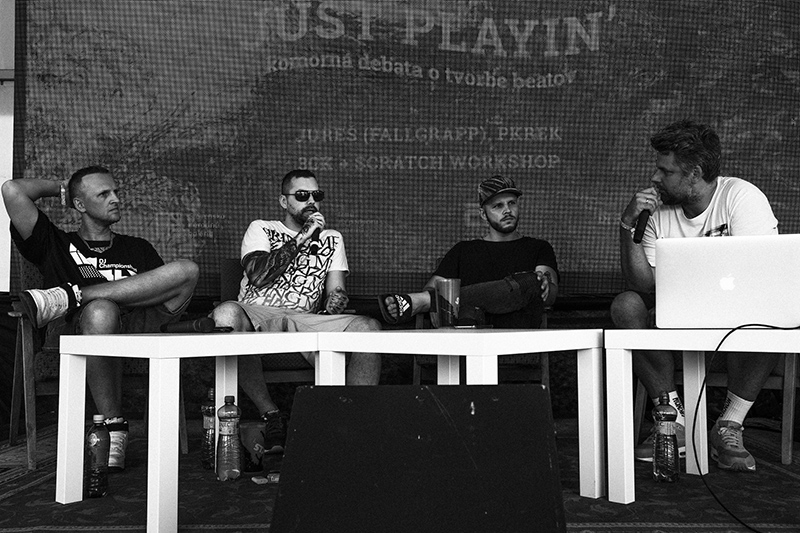 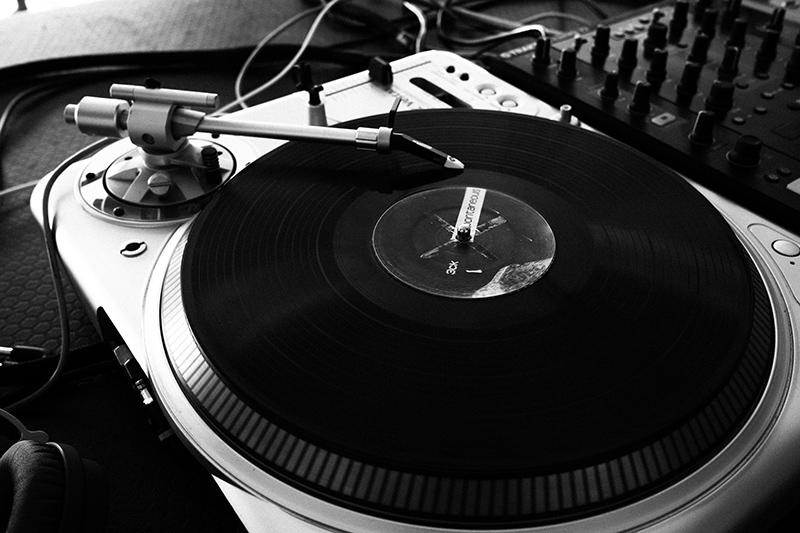 JUREŠ LÍŠKA is a musician and the main producer of electroacoustic project Fallgrapp, which has become very popular since its creation in 2012. You can hear untraditional fusion of electronic instruments with violin trio, percussions, drums, guitar and vocals. Their debut album Rieka was awarded by Radio Head awards and was followed by the same quality album V hmle. Jureš is also a member of a folkloric group.

PKREK He started to work with electronic music in 2002, when he was an active DJ but it wasn’t until 2006 he started to make his own beats. His artwork has very diverse atmosphere and Pkrek says that it is the way to express himself. His beats are characterized by great and chaotic drums, melancholic and deep melodies, which evoke author’s frustration and his own production is like a vent of his own feelings. Currently you can check out his solo projects: Blízke stretnutie, Ariesynth a +-

3CK is the most respected Slovak turntablist – musician, who brought technical scratching into the next level and uses it as a quality musical instrument. He has been a DJ since 2002. At the beginning he used to practice different techniques. He’s been creating his songs since 2009 when he released his first official track „Wholetrack“. Music was produced by master Pkrek from Myjava. Together with Biomat they released Biotrick EP as an officially first release of a project produced only by DJ techniques. His solo album Spontaneous came to the light in 2015.