On Tuesday December 18, 2018, the third and also the last intimate debate about beats creation was held. This time MtotheG interviewed four producers: Aceman, Enol, Ink Midget and Dominik Kopcsay / Nightlines. But mainly we were playing music! By this memory we conclude the year 2018 and we want to THANK TO:

Martin Brix and Čerstvé Ovocie for their cooperation. Slovak National Gallery for trusting in us. Grantové schémy –  the Arts Support Fund and Ars Bratislavensis for a financial subvention. Thanks to their support, we were able to interview a number of performers this year: Jureš “Fallgrapp” Liška, Ink Midget, Aceman, 3ck, Adam Dekan, Esso, Deryck, Enol, Nightlines, Pkrek and to see a great concert by Gladia Moony.

We thank all visitors and fans who came…

The first guest was “OG” Aceman, who we invited twice but every time he was away in LA producing beats for the local guys. The passion for this US coast is fully reflected in his manuscript. In Slovakia, he has collaborated with Kontrafakt; he has his points of view on local rap. He comes from Miloslav and we recommend you to listen to his last EP.

The second invited guest was a relatively unknown producer from Trnava – Enol. He made his debut at the beginning of the year with a great EP Short Story on the Czech label Humble Grooves. A short story of four songs that naturally complement each other and easily let you swim in the atmosphere.

Ink Midget – a small big genius of electronic music, was the third in a row in the discussion room. By his own name, Adam Matej has gained popularity on the local music scene since his early youth. With his friend Jonatán Pastirčák – PJONI, they played and produced as a due “from their birth”. The beats that Adam makes are difficult to limit but you can merrily listen to them. He also works on sound mixing and his ambient productions appeared in several stylish commercial videos. He’s a machine :)

“Christmas bonus” was Dominik Kopcsay aka Nightlines, a young producer and singer from Bratislava. His work can be defined as an unusual pop with an experimental character. In his production we can find a mixture of beats, but also ambient passages, electronics and orchestral samples. An interesting fact is that Dominik also figures in the world of classical music – he graduated at VŠMU. He succeeded in releasing several of his own songs, winning awards in the international composer competition called Generation. He contributed to the album of the well-known Slovak violinist Milan Paľa. He has also worked on several movie projects. 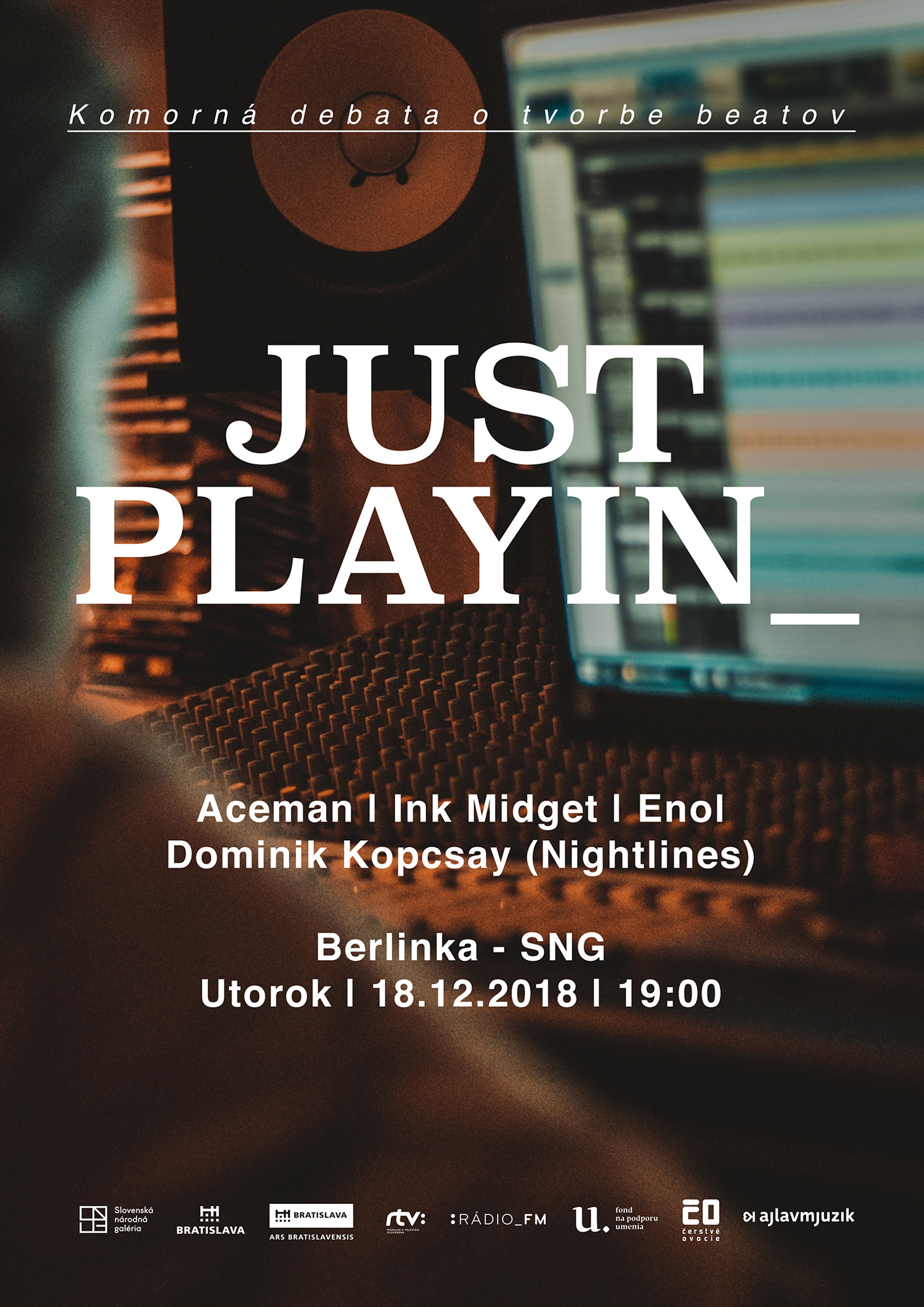