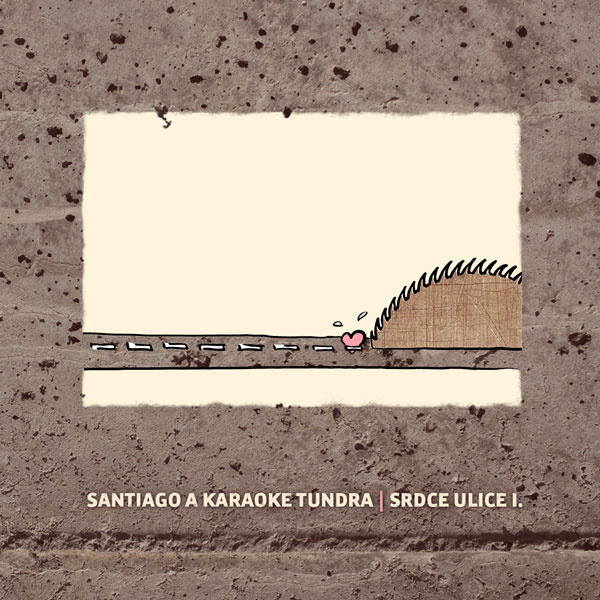 (Heart Of The Street I.) is the first part of the two-part (maybe three-part) unit.

EP is just a bit of whole production of Santiago from Košice, a segment of his own person. Author calls him also mixtape of „steamer“and „lifeboat“ season. Except of the songs num. 3 and 9 which he played and cut, Karaoke Tundra is the one who took care of the rest. Those guests were invited into the beats: Nataša Kötelesová (flute), Radimo (saxophone), Valér Juščák (trumpet), Martin Lukáč (bass guitar).

Female voices choir (in a dramatic concept) belongs to: Veron, Sisa and Lulu. In skits you can hear mostly unknown persons who didn´t know to be recorded. The exception is little Emka to which belongs a big thanks for the last song.

For the resulting master and sound is responsible Gaex a.k.a. Tom Karásek – pulling us out of the ocean´s whisper. Besides him Santos thanks for willingness to Miro Kažimír, Radim and to all of performers.

The proposal for the cover and art processing were pushed and processed by Samuel Čarnoký. This album is dedicated to M.M. and to hearts of every streets. Thanks for your pulse! Never give up!