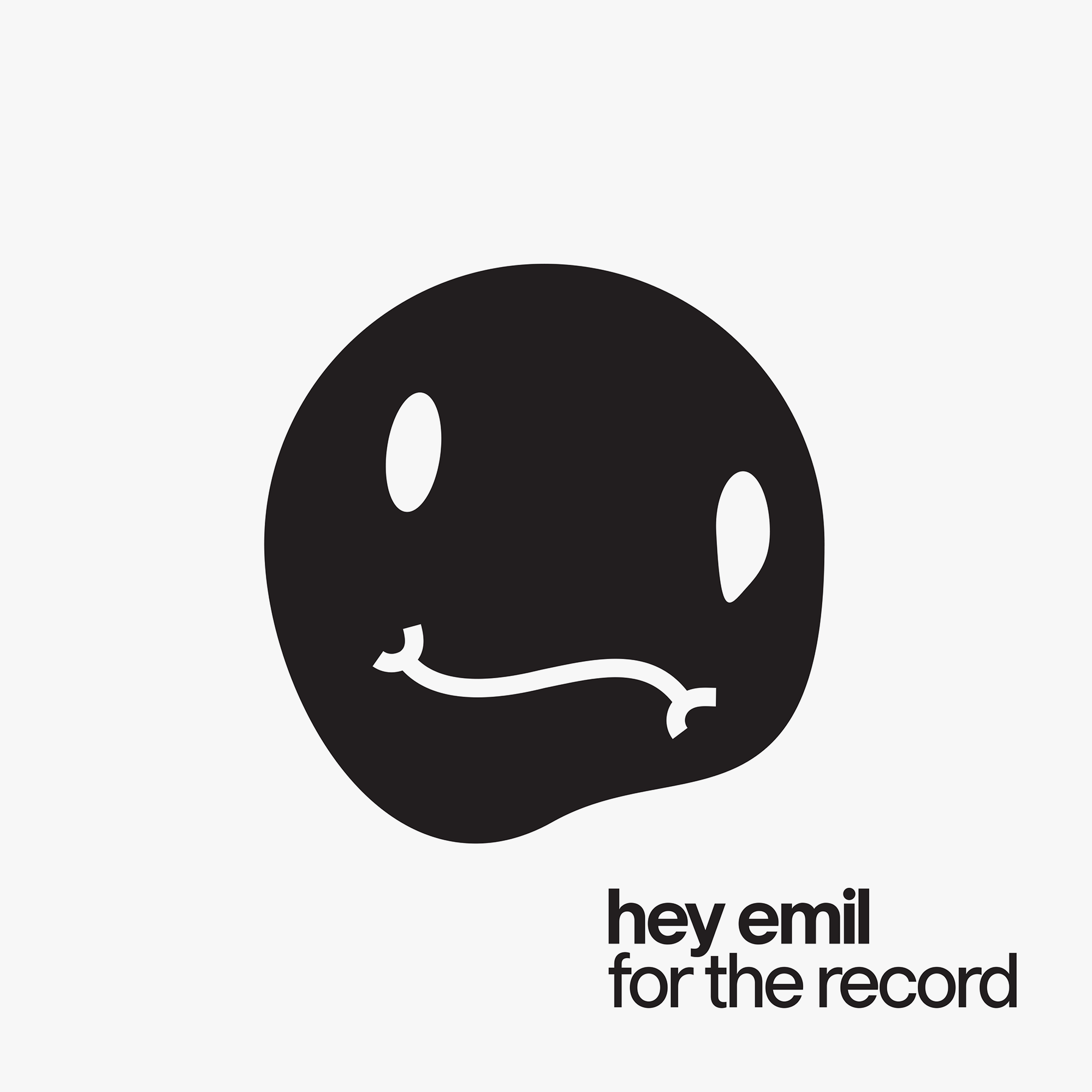 Hey Emil is a designer, DJ, and beatmaker. He also dedicates to sculpting, graphics and street art. This multitalent feels like a fish in water in all activities, which he always interconnects. He also used his graphic signature for the For the Record album cover.

It contains seven instrumental tracks. It is not easy to find a common genre denominator. The core of the album are nostalgic broken beats, referring to jungle and rave era. Sometimes you can feel house, but Emil’s hip-hop background is evident on the album. You can see the freedom of creation here.

The video for the song “A Harp” was animated by lifelong friend and colleague Tomáš Rybár alias Sicknico. Together they are members of street art PEKPEK crew.

Emil’s beats have recently been complemented by President Lourajder’s album, a shared Dropbox with Matys, and a cut on the great Tempo album by Idea. As usual, Gaex took care of the sound on the record.

The album was released on July 10 2019 as LP and you can also find it on popular digital platforms (Bandcamp, Spotify, Apple Music, Deezer, Google Play, Amazon, Tidal, etc.)